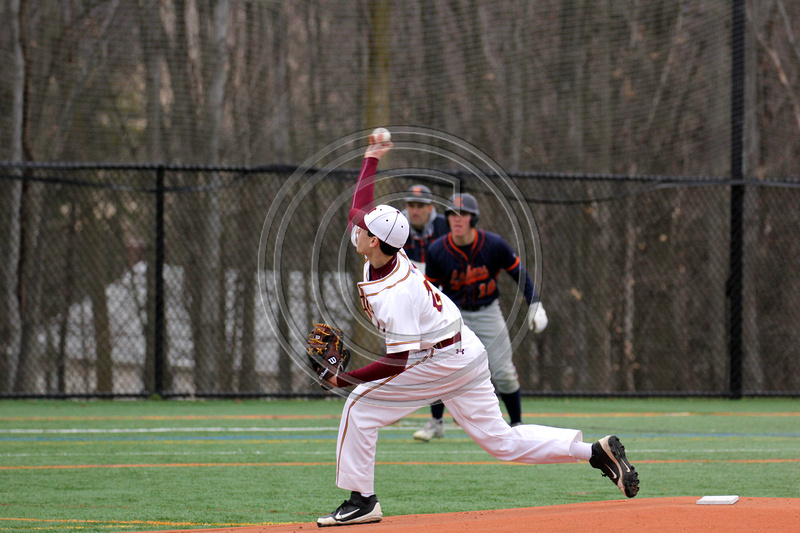 Well spring came in like a lion.  It hasn't really felt like baseball and softball season, but I start every season in a parka and end the season with a tan!  I've been shooting a lot of baseball and softball from the little guys through high school.  I watched the number two high school team in the state of New Jersey play baseball  and WOW!  They were impressive!  That said, the opposing team made some serious plays and held their own!  It's always fun for me as a photographer to see the kids progress over the course of a season in skill,  but also in their relationships with each other and bond as a team.  At the end of the day, that's what is most important!  It is so nice in this day and age to see high school girls root for each other and congratulate a teammate on a great play!  The smiles on the faces of the softball girls are priceless!  In our town, the seventh, eighth and ninth grade boys play in the same recreation baseball league.  The older boys mentor the younger ones.  When those seventh grade boys strut off the field after being complimented on a great play by a ninth grader, you know those relationships will continue long after baseball season is over.   I recently attended a game of seventh and eighth grade boys in another town.  The sportsmanship displayed warmed my heart.  There was a child on one of the teams with issues, who wanted desperately to pitch.  His team headed out on the field for a new inning, and the opposing team took their last ups, even though they had already won the game, to let this boy pitch.  Everyone in attendance at that game was a winner!

Another important aspect of any game are the coaches.  Coaches can have a tremendous impact on the kids they coach, not just in the skills of a particular game, but in life skills.  There are any number of adults who will tell you the story of the coach that had the biggest impact on them or taught them something they use everyday off the field.  Take the time to ask your child who their favorite coach is and why.  I guarantee you will learn something new, not only about your child, but an adult as well.   I know my kids have been greatly influenced by amazing coaches, who are also amazing people, and who taught them so much both on and off the field.  Thank you to all the coaches who volunteer their time in recreational leagues to help shape the youth of our great nation.

Bernadette Traina(non-registered)
Great blog! I can relate to some points you made Mrs. Cozzolino! Love the photos too
Kate Gilfillan(non-registered)
Happy Mothers Day lady. Thanks for being EVERYWHERE!! You're the best.
Lauri OBrien(non-registered)
Well said Kerry! And thanks for the amazing photos that you take. They are great and so appreciated!
Ed Barmakian(non-registered)
Love the blog....the photos are superb.
No comments posted.
Loading...
Subscribe
RSS
Keywords
basketball 2020 family joy smiles sports Special Olympics fans hockey ice hockey
©2016-2021 Kerry Cozzolino Photography LLC
Powered by ZENFOLIO User Agreement
Cancel
Continue