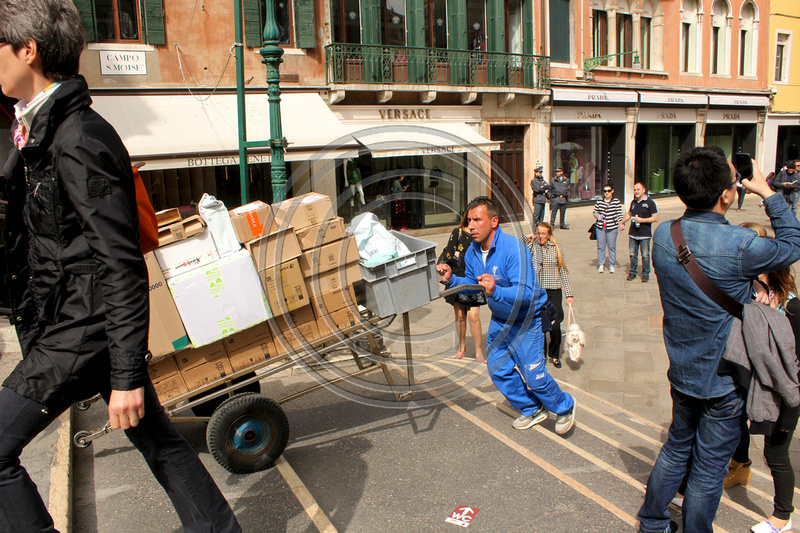 I have been lucky enough to have visited Venice, Italy several times in my life.  Venice has a deep and rich history from 421 AD when the Celtic people settled in Venice to more recent times where the city has thrived for its art, architecture and tourism.  There was an article not long along in the Harvard Business Review titled "Why Innovators should study the Rise and Fall of the Venetian Empire" highlighting how the people of Venice did not strive to innovate and accepted that their current success would continue inevitably.   The Venetian Empire in the thirteenth century was the home to the munitions factory for the Naval industry that incorporated a production-line system of manufacturing, light years ahead of the world.  Venice was the leader in developing "(then unusual) a trading and money lending economy" according to the Harvard business Review.  Due to its location it was later an important trading center.  Venice, while no longer an empire, is still an amazing place that has reinvented itself into a tourist destination unlike any other in the last century.

On my most recent visit to Venice, I began to see things I hadn't in the past.  Venice is a magical place and I will never forget my first visit while I was in college.  I made my friends order $7 sodas (in the 80's that was an outrageous amount of money for a diet coke!) and write postcards in San Marco Square, surrounded by the amazing architecture, the sounds of classical music and the many tourists feeding and posing with the pigeons.  It was a cold, grey day but I soaked the moment in so deeply that I still have such a vivid and visceral memory of that experience.  Recently, as I walked the alleys and sidewalks of Venice, I began to see the residents in their daily life.  The tasks we take for granted are more complicated for Venetians.  From the delivery person with his stepped hand cart to go over the many steps for the pedestrian canal bridges, the musicians carrying their instruments through the throngs of tourists, the fishmongers carrying their daily supply of fresh fish to the market and the the many delivery vaporettos in the canals carrying cargo to be delivered to local residents and businesses, to the commute to work via water taxi.  Although you could get swept up in the magic of this beautiful unique city for its architecture, art and music, there is so much to see and consider in the life of a Venetian.